Eight papers have paid substantial damages to Chris Jefferies, the landlord of Joanna Yeates, for libellous suggestions related to her murder. 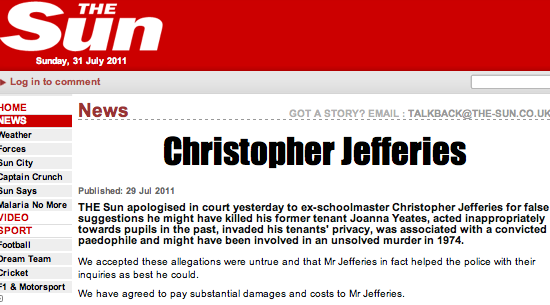 Here’s the results for a search for Chris Jefferies, organised into date order. 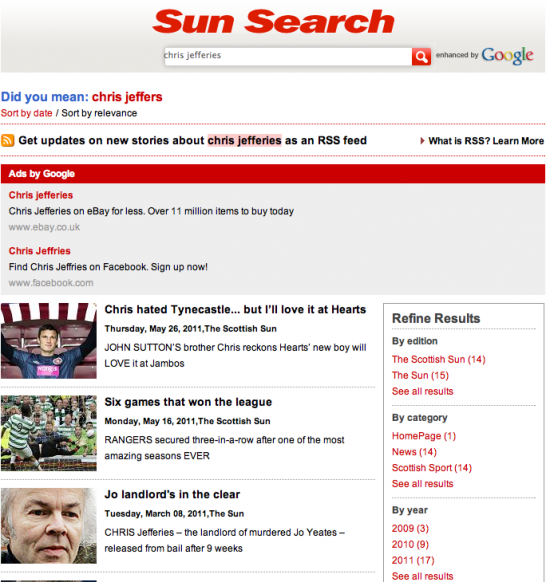 No apology to be seen …

And here is the one result for a search for Christopher Jefferies. 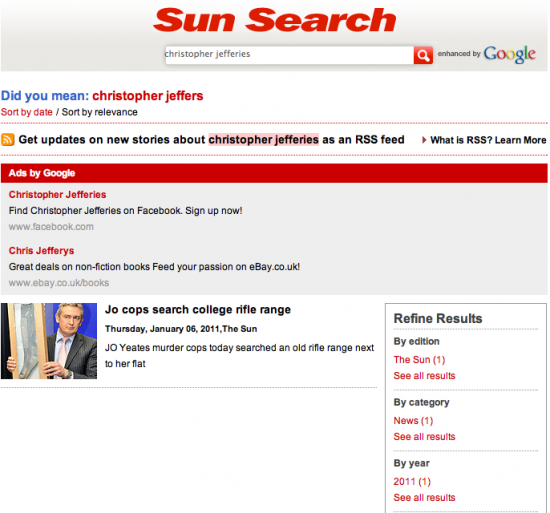 No apology to be seen …

What hope is there for self-regulation if newspapers can’t include in their own site’s search results the apologies they have made about “false suggestions he might have killed his former tenant Joanna Yeates, acted inappropriately towards pupils in the past, invaded his tenants’ privacy, was associated with a convicted paedophile and might have been involved in an unsolved murder in 1974”?